Number of Homeless in US

Number of Homeless in US has been increasing, especially around cities throughout the country. How many and what has changed over time will be discussed here. We will also look at how many are really homeless.

According to the 2020 Annual Homeless Assessment Report from the Department of Housing and Urban Development, the number of homeless in the US is 580,466. Compared to the previous year, that is about a 2.2% increase. Homelessness hasn’t always been increasing in recent history. There was a good period from 2010-2016 where we were seeing decreases in homelessness, however that changed directions after 2016 and has been increasing every year since.

In 2020, we saw a global pandemic and economic hardships that had a negative effect on the number of homeless in US, as well. It was actually the first year since 2010 that family homeless rates did not decline. While none of those changes to the homeless rates are huge, we are seeing a negative trend and there are still a lot of people that are homeless in the US.

Chronic Homelessness is a big issue in this epidemic with there being more than 110,000 people experiencing chronic homelessness on a certain night in 2020. This is the first time since 2011 that number is more than 100,000 and it represents a 15% increase compared to 2019. This is possibly the most concerning stat available when looking at the 2020 Annual Homeless Assessment Report as it is a pretty sizable increase among an already concerning group.

Number of Homeless in US by States

When looking at homelessness by state, California Stands out as having the most homeless people by far. California accounts for about 27.9% of the homeless population in the United States while only being about 12% of the total population. New York is in a similar situation accounting for more than 15% of the homeless population and only about 6% of the total population. After those two states, the numbers even out a lot more. In general, states with more metropolitan areas are going to see higher rates of homelessness.

One pretty encouraging trend to see is that the State of Florida has continued to have a decrease in their homeless population for more than 10 years, dropping from more than 57,000 homeless in 2010 to only about 27,000. Florida has effectively halved its homeless population over the last decade while having its total population grow by more than 2.7 million people, about 14.6%. While Florida is still in the top 5 states for the highest number of homeless individuals, it has shown great progress that the other top states have not.

How We Can Help

The number of Homeless in US has been an issue for a very long time and it will continue to be; but as humans, it is only right that we help those in need. The easiest ways that we can do that are to contribute food and supplies to local organizations that already serve the homeless in some way. Simple things like an old jacket for when it's cold, non-perishable snacks, socks, basic toiletries like toothpaste and toothbrushes; these can change a person's day or in some cases, help them through a whole season. If you want to get a little more personal, ask those local organizations if they could use any help. Most places that are serving the homeless will be happy to have extra hands and share what they are doing.

At Growing Us Home, our mission is to help homeless people in the United States through agricultural communities. We aim to give people an opportunity to have a shelter, a fresh supply of food, and learn some skills that can help them get back on their feet. While we work to raise the necessary funds for our mission, we are partnering with local organizations and helping out with feedings, clothing and toiletry drives, and other fundraising activities.

Nobody alone will be able to end homelessness, but every little bit of resources or money that people put towards helping can make a huge difference in someone’s life. 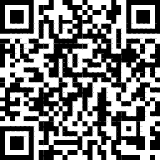